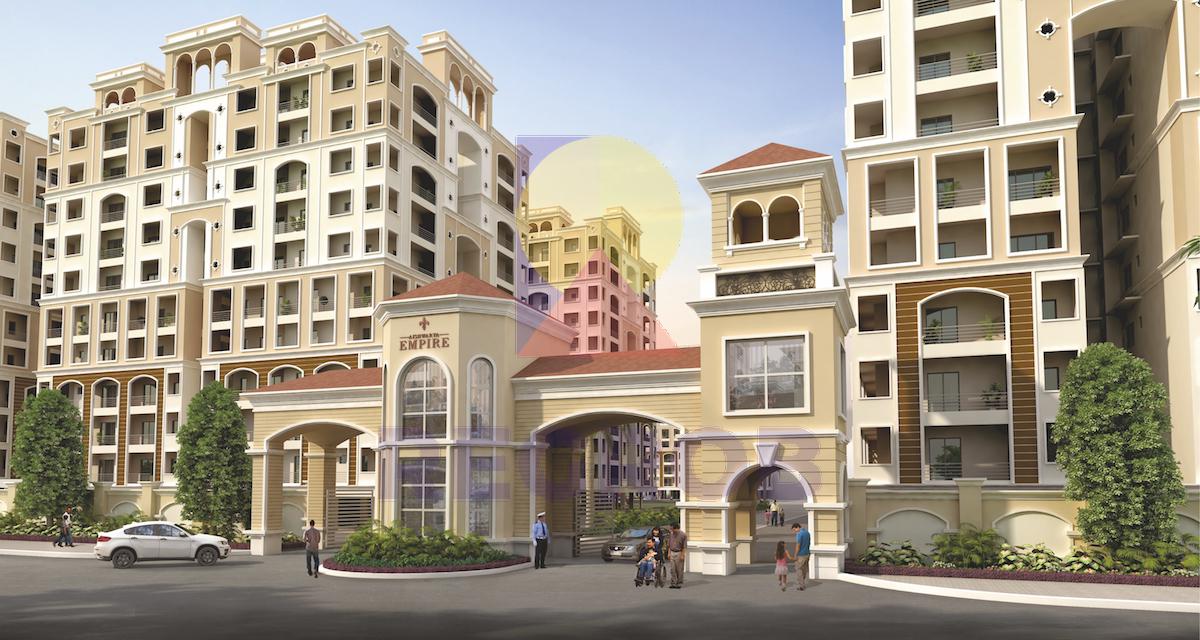 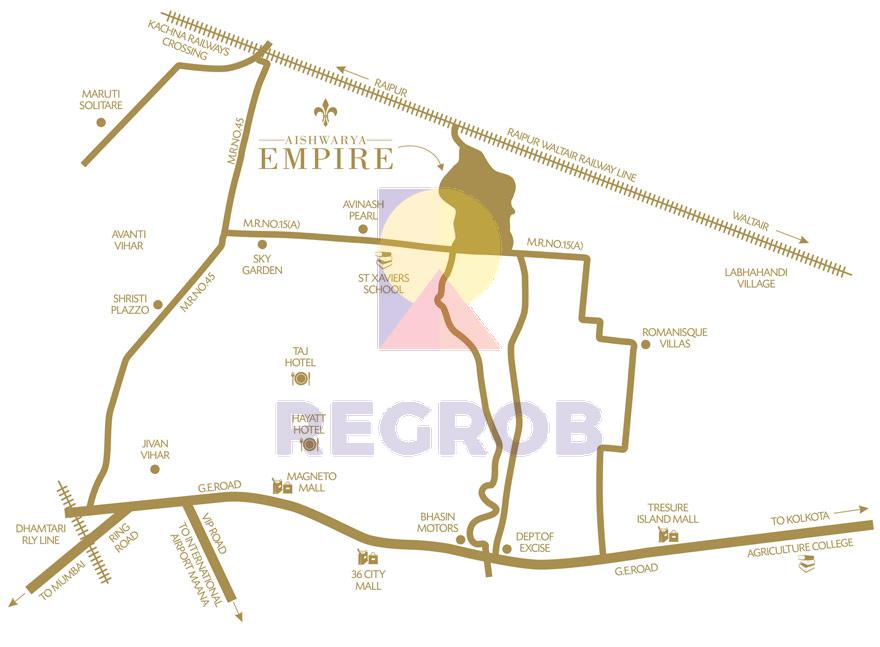 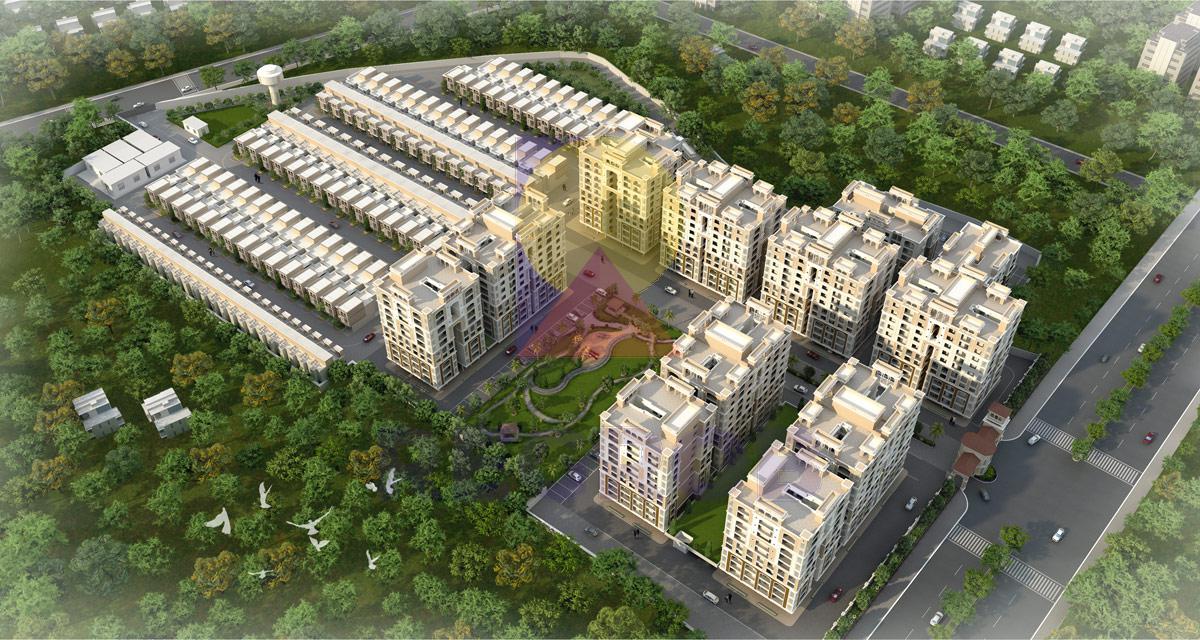 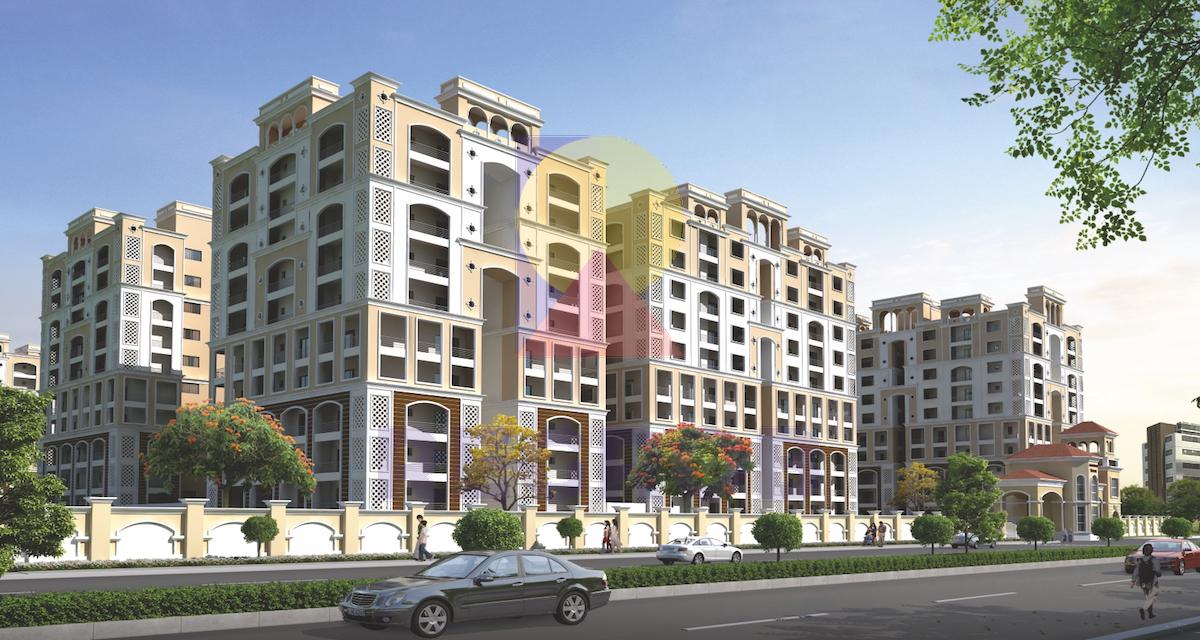 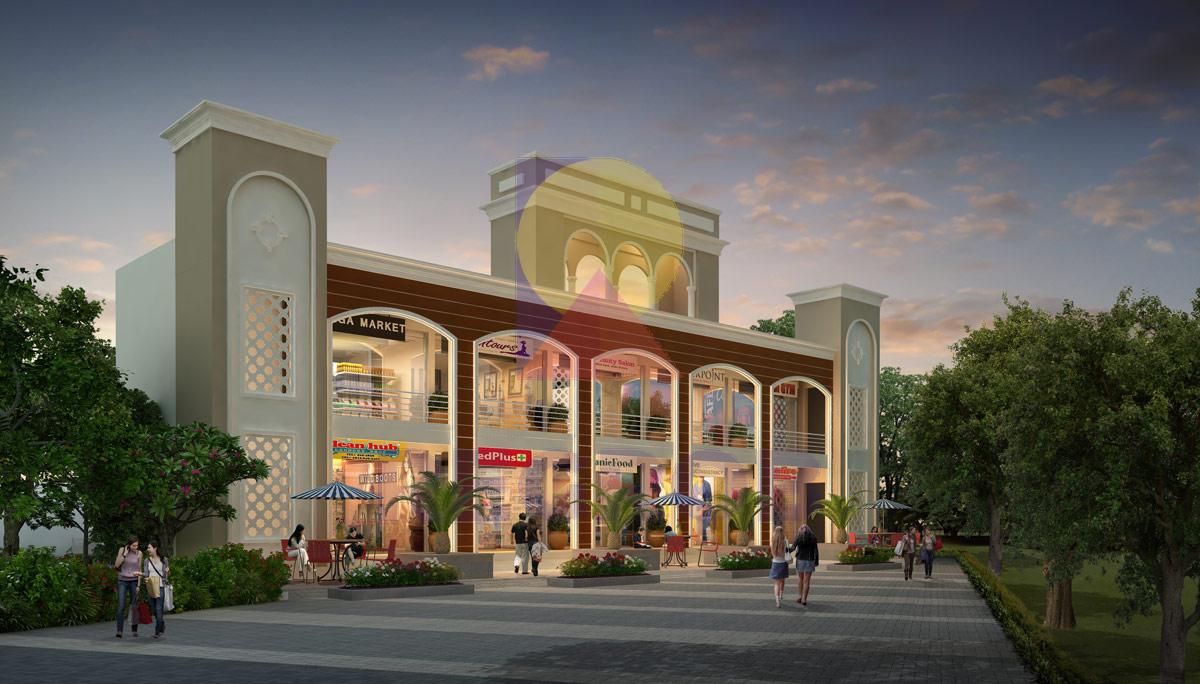 Aishwarya Empire is a gated community residential developed by Aishwarya Group located in Avanti Vihar, Raipur. The entire township is spread over a total area of 17.96 acres of land with 65% of open space. Aishwarya Empire has a total of 12 towers of 10 floors each. An accommodation of 573 units has been provided. It offers 2, 3 and 4 bhk luxury flats of of super built up area in the range of 1413 sqft to 2390 sq.ft and above The project also 3 BHK,4 BHK and 5 BHK bungalows for sale. Aishwarya Empire project is surrounded by lush greenery, tree lined-avenues, wide open roads, and landscaped gardens that have made this project such a wonderful place to live.

USP of the Project:

·         Water available from both municipal corporation and borewell

The Aishwarya Empire Project is a RERA approved project with registration number PCGRERA050618000030. It also fulfils all the necessities as required by the authorities.

Aishwarya Empire is approved for Bank loan by all leading banks such as from HDFC Home Loans, ICICI Bank, State Bank of India, Punjab National Bank, Bank Of Baroda and AXIS Bank.

Aishwarya Empire is an under construction project with possession offered in May, 2023.

Aishwarya Empire project is offers residential flats and bungalows for sale in Avanti Vihar Raipur, Chhattisgarh. The BSP rate of the project is 3535 /- per sqft. The price of the flats starts from 49.94 lacs onwards.

·         Landscape and Natural ambience with lawn and garden at different locations.

·         Laying of LPG pipeline only. Gas will be supplied depending on government policy and availability by separate agency.

Aishwarya Empire project is located in one of the prime location of Raipur near St. Xavier School, Avanti Vihar, Raipur, Chhattisgarh. Raipur is one of the fastest-growing cities. It is one of the real estate markets where the changes of appreciation are predicted positively. For comfortable living in any location, proximity to social infrastructures is of utmost importance. Aishwarya Group chose a location that has all the civic amenities and social infrastructures the residents living in their project would ever need. The project is close to schools, malls, daily market, hospitals, etc. 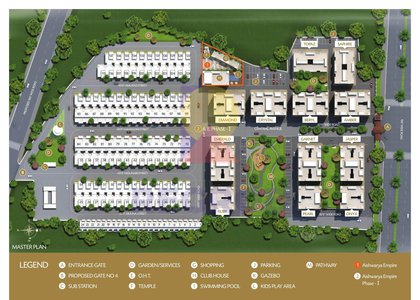